Investing from the Netherlands

This article contains information specific to investors in the Netherlands. However, it does not apply to residents of the Netherlands who are also United States (US) citizens or US permanent residents. 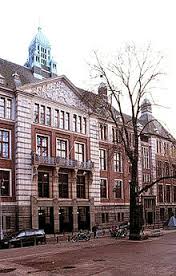 This articles describes the options for someone who is investing from the Netherlands.[note 1]

Dutch investors have a wide variety of banks and brokers to choose from. Many of them offer stocks and ETF and other investment products. The most popular broker in the Netherlands is DeGiro, which is a Dutch company that has expanded into many other European countries.

A popular Dutch index is the AEX (Amsterdam Exchange Index).[note 2] The AEX consists of the 25 most actively traded stocks that are listed on Euronext Amsterdam (formerly known as the Amsterdam Stock Exchange). Keep in mind that passively investing in the AEX index is not generally recommended. That's because the 25 companies merely make up the most actively traded stocks, which aren't necessarily the best. The AEX index often has a few gigantic companies that make up a big proportion of its index. It is thus very different from a broader index such as the S&P 500, which holds 500 companies, weighted by market cap, and is much more diversified.[1] And since the Netherlands is a small country, with a population of only 17 million, it might be wise to diversify globally, rather than only investing locally.

However, if one wants to invest passively in major Dutch companies, the MSCI Netherlands IMI Index is designed to track the performance of local large, mid and small cap stocks.[2] The index holds around 60 companies, of which ASML alone (a company that supplies chip-machines to TSM and others) makes up a hefty 37%. iShares offers an ETF that tracks the MSCI Netherlands IMI under the ticker $EWN.

The Netherlands does not have a capital gains tax. The concept simply does not exist in Dutch law. But there is a wealth-tax.

As of 2021, net wealth (assets-liabilities) is taxed at at a rate between 0.7% and 1.5% per year. In Dutch, this wealth-tax is called ‘vermogensbelasting’. The first €50K, or €100K if you have a fiscal partner, is exempt from the wealth-tax.[3] If one has more capital, one has to pay somewhere between 0.7% and 1.5% per year on the portion that exceeds €50K. The actual tax depends on the amount; a person worth €300K will be closer to 0.7% while a multimillionaire will have to fork over an amount closer to 1.5% each year.

The withholding tax rate on distributed dividends is 15%, but is reclaimable when doing your income taxes in the following year; it is meant as an advance levy for the wealth tax.

You should check the Dutch tax treaties with the respective countries if you would like to buy investments not domiciled in the Netherlands. The withholding tax rate on dividends from US domiciled ETFs (regardless the source of dividends) is reduced to 15% if you fill in a W-8BEN form, which you would often do when opening an account at a broker. You can then get the 15% in taxes withheld by the US government back by deducting them from the net wealth tax in box 3. Dividends from Irish domiciled ETFs are not taxed by the Irish government. Dividends from Dutch funds are subject to 15% Dutch withholding tax, which you can reclaim at your income taxes even if you do not pay net wealth tax. The wait of approximately 6-18 months before receiving the withheld taxes back can be a reason to choose accumulating funds.

In addition to personal taxation on dividends, the fund can also be taxed internally on the dividends received, which is before they distribute or reinvest the dividends. An advantage of funds domiciled in the Netherlands, is that they are sometimes, due to their structure, able to avoid international withholding tax leakage. This wiki page shows calculations for ETFs domiciled in Ireland and the US and what effect withholding taxes have on your yearly costs. With respect to taxation it would make sense to prefer a US domiciled fund for US assets over an Ireland domiciled fund since a Dutch investor can receive 100% of the US dividends for a US domiciled fund, but the Irish fund cannot receive the full 100% of US dividends.[4]

US domiciled funds are often better diversified, have lower trading costs and lower expense ratios. Taking withholding taxes into account, a US ETF holding US stocks is more attractive than its Ireland domiciled counterpart. The reason that international investors are often not advised to buy US domiciled assets is because of estate taxes, FATCA (Foreign Account Tax Compliance Act)[5] and because their country does not have a withholding tax treaty (see also Nonresident alien taxation).

The Netherlands is one of the few countries that has both an estate tax treaty[6] and a withholding tax treaty[7] with the US, and an active FATCA agreement.[8] The NRA’s wiki page compares Vanguard’s VT (US domiciled) with VWRL (Ireland domiciled). Since in the end for a Dutch investor the Level 2 withholding taxes do not differ, the conclusions can be made from Level 1 withholding taxes, which are paid by the fund internally and are non-reclaimable. With VT, this is about 3% withholding tax times the dividend yield, while with VWRL it is about 10% withholding tax times the dividend yield. When including the TER (Total Expense Ratio) and a 2% dividend yield estimation, VWRL has yearly costs of 0.43% while VT has a yearly cost of 0.23%. To put this in perspective, with an investment in either fund held for 25 years with an annual return of six percent, VT has lost 5.3% due to costs, while VWRL has lost about 9.7% due to costs.

There is not enough data to make a decent comparison, but there seems to be no clear advantage in domicile for European stocks.

But then what about Dutch domiciled equity funds that suffer no foreign withholding taxes? Companies offering these types of funds are Meesman and ThinkETFs. The first offers a MSCI World fund with a yearly cost of 0.50%, which is slightly higher than the yearly costs we expect for VWRL including tax leakage. Meesman is a good option for investors who do not suffer box 3 withholding taxes and thus cannot reclaim US withholding tax, which is typically if your net wealth is below 30,000 euros. ThinkETFs offers a global equity ETF that is equally weighted and holds 250 stocks, compared to around 7,000 stocks with VT.

Whether the Dutch funds are already a good competitor to the US alternatives is questionable. For non-US stocks these providers might be more interesting, but the question remains whether it is worth increasing expense ratios and lowering diversification substantially for a small decrease in withholding taxes.

This KPMG file[dead link] shows how a Luxembourg domiciled fund can profit from withholding tax treaties, which is barely. Ireland and US domiciled ETFs are often a better choice in case it holds its securities physically because these funds can access their country's tax treaties. Bonds are less frequently taxed by governments, which means for instance that an Ireland domiciled ETF investing in US government bonds does not have to suffer from US tax withholding.

As of 2021, Dutch banks do not offer any yield or interest on savings accounts. This is because the interest rates are too low. This has caused many Dutch investors to look for yield elsewhere, which has driven up the asset prices of real estate, stocks, and bonds.

Dutch cash deposits are insured up until €100,000 per accountholder per bank.[9] If one has a lot more than €100K and insists on keeping in the bank, one could simply spread it around several different banks to keep all their money insured. Although in practice, it is not common for wealthy people to keep high amounts in a bank, where it's not getting a yield and subject to inflation.

The EU investing wiki page mentions useful aspects of funds to consider, such as; whether the fund distributes dividends, if it is synthetically or physically replicating and the distinction between base currency and trading currency.

Dutch pension funds are most often mandatory defined benefits plans. Tax-advantaged options are slim for Dutch that cannot access an employer plan in the second pillar and thus are limited to third pillar products.[note 3] Individuals have a choice of two types of defined contribution accounts:

By saving in defined contribution accounts, investments would not be touched by the net wealth tax of 1.2%; and investments are income tax deductible. Taxes are paid in the distribution phase.

A downside is that you can only add to these kinds of accounts when you have a pension gap, which is only possible if you could not add enough to your mandatory second pillar pension fund (for instance, because you have worked part-time, were unemployed, self-employed or that your employer did not offer a pension plan). You can check if you have a pension gap on the site of the tax authority.[10]

Another downside is that you cannot easily access the invested money until you are of retirement age (65-70 years of age). When you are of retirement age, you can only invest the money in an annuity (with 'lijfrente' until you pass away; with 'banksparen' the annuity has a specific duration). It is also important to check out what happens if you pass away: 'lijfrente' insurances usually leaves nothing to your heirs unless you insure against it; 'banksparen' does pay the amount out to your heirs. Current rates of 'banksparen' are close to regular savings rates and opening costs are expected to be at least €150 without advice (which is often recommended before purchasing these kinds of products).

Investing tax-advantaged is possible too through 'banksparen', but again only for the amount of your pension gap. With these accounts you lose flexibility, are burdened with high entry costs and annual costs exceeding 0.50% by far. The funds that fall under this category are often actively managed, deviating strongly from their benchmarks and drifting away from their policies (e.g. by putting too much in equities).

These tax-advantaged accounts are probably not a suitable option for Dutch Boglehead-style investors. Due to the pension gap limitation, it usually is only a small portion of your assets that you can invest tax-advantaged in these non-flexible accounts.