blbarnitzPosted on July 8, 2019 Posted in Bogleheads 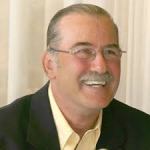 Mel Lindauer, CFS, WMS, was dubbed “The Prince of the Bogleheads” by Jack Bogle. He’s one of Boglehead forum founders along with Taylor Larimore, and has contributed thousands of posts, helping investors learn the Boglehead way to invest. In 2010, Mel helped create the John C. Bogle Center for Financial Literacy, an IRS-approved 501(c)(3) charitable organization. He serves as the voluntary president of the Center.

A Marine veteran, he started investing in the late ’60s and has first-hand experience with both bull and bear markets.

Together with Taylor Larimore, Mel initiated and continues to organize the grassroots Bogleheads’ annual meetings. He’s been quoted in a number of newspapers and national magazines and has appeared on CNN-fn. He was selected as one of Money Magazine’s everyday heroes in it’s March 2012 issue.

Retired since 1997, he was founder and former CEO of a successful graphic arts company in the Philadelphia area for 30 years. Since retirement, he has earned credentials as a Certified Fund Specialist from the Institute of Business and Finance and as a Wealth Management Specialist from Kaplan College. He also holds commercial and flight instructor licenses and was commissioned a Kentucky Colonel by the Governor of his former home state of Kentucky. Mel was elected to the Daytona Beach Shores city council and was sworn in on November 15, 2016

You can discuss this podcast in the July: Episode 011: Bogleheads on Investing – guest Mel Lindauer, host Rick Ferri topic in the Bogleheads® Forum.